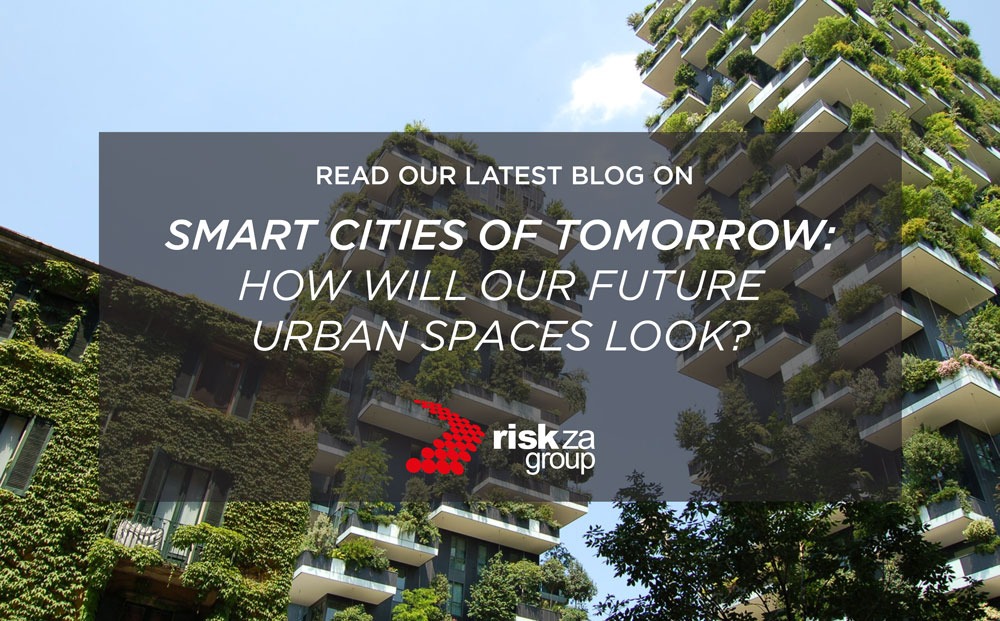 Imagine a city of the future. Do you see clean streets, electric cars and robots doing all the work?

Or perhaps your vision is more dystopian. The Los Angeles in the Blade Runner movies is a grim depiction of the city in 2019 and 2049. The sea has risen to dangerous levels, the sky is dark and foreboding, and the skyline is dominated by ominous skyscrapers.

Philip K. Dick’s iconic 1968 novel, Do Androids Dream of Electric Sheep?, on which the Blade Runner films are loosely based, is a dystopian yet ultimately hopeful novel about human engagement with artificial intelligence. The book makes profound comments on human relationships and explores the questions that plague us: Why are we in such a mess? And: Why has society degenerated to such a degree?

The dystopian future of Blade Runner intersects with what experts and scientists predict our world and cities will become like in the very near future – more populous, more polluted, more crime-ridden and facing the imminent collapse of basic services, all compounded by unpredictable weather events.

Almost half of the world’s population currently lives in cities, and by 2050 this figure is projected to increase to 75%.

The time is upon us, say the experts, to start designing smarter urban environments. New cities are needed to sustain an ever-growing population, and the urban spaces that we have lived in for centuries need to be retrofitted. But what kind of cites will we be living in?

BUILDING CITIES FOR AN UNCERTAIN FUTURE

The cities of the future will be shaped by ideas, and there are plenty of competing ideas about how futuristic urban spaces should look.

Some of these centre around the idea that smarter means greener.

Sustainability experts are working towards carbon-neutral cities with electric vehicles and bike-sharing schemes and improved air quality so that office workers in the smoggiest cities can actually open their windows.

Visions of a green city often include high-rise building where living and office spaces are surrounded by floating greenhouses or vertical gardens and green roofs.

Imagine our harbours filled with floating farms? It sounds absurd. But the Jellyfish Barge could be the answer to future urban farming. The barge is a floating greenhouse that desalinates seawater to irrigate and grow plants. Using solar energy, it mimics the water cycle and turns salt water into clean, freshwater which is recycled over and over again to irrigate hydroponically grown crops.

“We can save 70% of water compared to traditional cultivation,” says Cristiana Favretto, one half of the Italian architectural duo at Studimobile who came up with the concept. Each barge has the potential to produce around 1000 to 1500 edible plants per month.

Technology companies like IBM believe that the smartest cities will be those that are connected into the Internet of Things, where objects are made smart by being connected to each other.

A network of sensors will provide a host of data about how a city is performing. This will allow systems to be joined up and to work more efficiently. It will also bring unimaginable new services to citizens, or at least Professor David Gann thinks so.

IBM currently has projects in cities around the world, from crime prevention analytics to water databases and smarter public transport systems in Zhenjiang, China.

IBM has created data centres for single agencies like police departments. But this is a citywide system integrating data from 30 government agencies and providing mobile applications to keep citizens in touch with city updates such as accident blackspots and flood warnings.

Smart City and smart city projects are intended to make cities work better and more liveable. They apply information and communications technology to monitor, measure and control city processes, from transportation to water supplies, and the location of vehicles to the performance of electric grids.

Smart Cities are all about saving money, becoming more efficient and delivering better services and living spaces to citizens. The elements of Smart Cities include:

Smart energy uses digital technology for the intelligent and integrated transmission and distribution of power.

Smart buildings are green and energy-efficient, with advanced automated infrastructure.

Smart mobility enables intelligent mobility through the use of innovative and integrated technologies.

Smart technology connects the home, office, mobile phone and car on a single wireless IT platform.

Smart Healthcare uses eHealth and mHealth (mobile health) systems and intelligent and connected medical devices. Johannesburg started rolling out its e-health programme in 2016, and has extended eHealth to include a smart queuing system.

Smart Governance includes policies and digital services from the government that help and support businesses and citizens adopt green and intelligent solutions through incentives, subsidies or other schemes.

Smart Citizens embrace smart and green solutions in their day-to-day work activities and choose products and services  that fit their “smart” lifestyle choices.

While critics are up in arms about President Ramaphosa’s inaugural speech and in particular his vision of creating a new African smart city, South Africa has been preparing to embrace smart cities for a number of years.

Recognising that cities hold the key to so many different aspects of a sustainable future, the Cities Support Programme (CSP) was set up by National Treasury in 2011, and within every major municipality, examples of smart projects can be found.

It’s easy to be cynical, and even easier to be apathetic. But that’s not where the solutions lie… and that’s not the future.

Did you know that ISO has published over 22 000 International Standards on a variety of subjects and all of them are designed to support sustainability?

Finding innovative, sustainable solutions to the problems our businesses and communities are facing is possibly the greatest leadership challenge of our time.

To find out how ISO standards can assist you on your sustainability journey, download our FREE Guide on the Top Six Sustainability Standards that Drive Results for Businesses.

How is your organisation preparing for a sustainable future? We can help you discover the sustainability issues affecting your business and provide workable solutions through our various ISO public training courses, online learning solutions and consulting services.

Need more information? Call our team today on +27 (0) 31 569 5900 to discuss solutions for building a future-proof business that is both sustainable AND profitable.

PLUS! Ask us if we have any specials to offer you at the moment!

Search for anything you want to know…